Average Annual Temperature for Each US State

Below the tables there's a map that allows you to visually compare the annual average temperatures among states.

State names are linked to more detailed temperature information for that state. 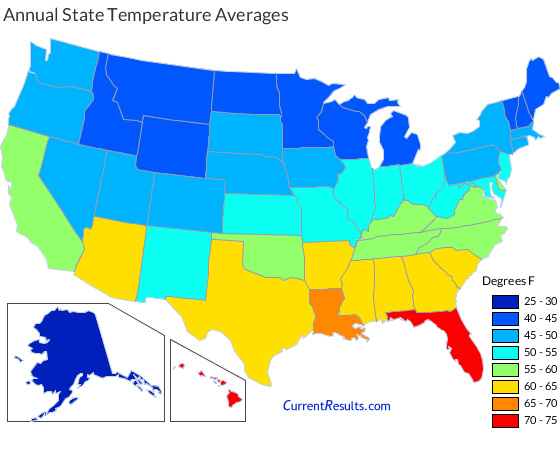