One European city far outperforms the rest for the amount precipitation it receives. In Podgorica, Montenegro 1661 millimetres (65.4 inches) of water lands in an average year. That's 293 mm (11.5 inches) more than the next wettest major city, Ljubljana, Slovenia.

Here you'll find lists of Europe's major cities with the dampest climates overall, including rankings for the rainiest and snowiest five cities in Western, Northern, Eastern and Southern Europe. The ratings are based on the total precipitation, both rain and snow, a city receives during an average year.

Despite their high precipitation, it comes down much less often in Europe's top ten wettest cities than in some with considerably drier weather. For most days with drizzle, Brussels tops the list at 199 days annually when the precipitation amounts to at least one millimetre (0.04 inches). That's almost double Podgorica's 101 wet days. But the showers at Brussels add up to a relatively light 852 mm (33.6 inches) a year

Cities in northern and eastern Europe get less than half the precipitation of their wetter counterparts to the west and south. Reykjavík, Iceland heads the list for Northern Europe with 798 mm of moisture landing in the form of rain or snow over 148 days.

In Eastern Europe, Moscow is the wettest major city, where typically 689 mm of precipitation comes down on 121 days a year. But it rains or snows more often in Bratislava, Slovakia where an average 557 mm (21.9 inches) falls over 144 days annually.

In Southern Europe Pristina, Kosovo has the most wet days a year at 120. Yet its annual precipitation totals just 598 mm (23.5 inches), nowhere close to the amount falling in the wettest cities. 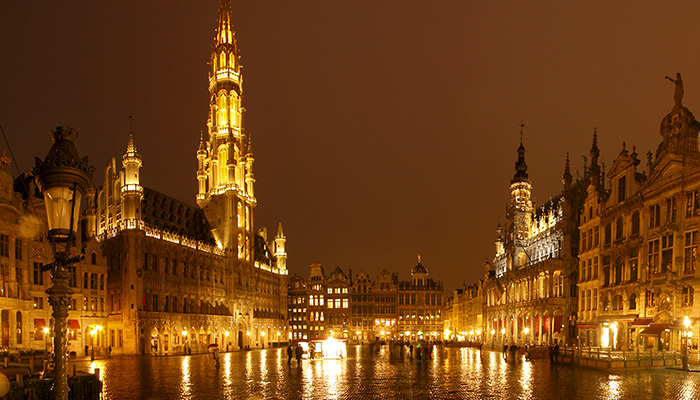 Brussels doesn't receive an excessive amount of precipitation, but it does have more wet days than any other major European city.