Many of Europe's sunniest cities rim the Mediterranean, or are located nearby. Valletta, the capital of Malta, an island nation south of Italy, outshines all others with 2957 hours of sun on average a year. That works out to over eight hours a day. Valletta gets 99 hours more sunshine annually than the next sunniest city, Marseille.

Here you'll find lists of major European cities with the clearest climates, along with the sunniest five cities by region: Western, Northern, Eastern and Southern Europe. The ratings are based on average hours of sunshine annually.

All but one of the top ten sunniest cities typically enjoy over 2500 hours of sun a year, or about seven hours of sun daily on average. For these places, sunny weather is the norm year round. During most months, they rank high among cities in Europe for receiving the most hours of sunshine.

Southern areas of Europe, including the south of France, overall enjoy many more hours of sun than other regions. Many eastern European cities also bask in sunny climates, with the top five boasting over 2000 hours of sun a year.

Northern Europe, even with its long summer days, can't keep up with cities elsewhere. The city there with the most sun is Stockholm, which measures just 1821 hours a year. 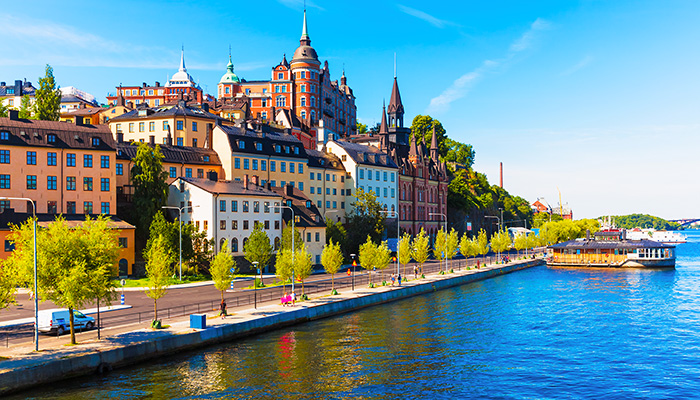 Stockholm, Sweden enjoys the clearest skies of any major city in Northern Europe.