Listed here are over 20 interesting facts about orangutans. You can learn the basics about where these jungle primates live and what they eat.

Plus you'll find some surprising information about how smart orangutans are, and the ways they communicate and socialize with each other. 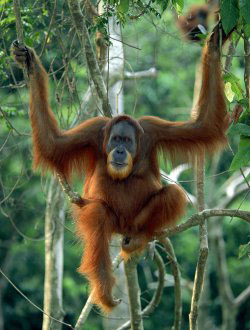